Sponsorship in the Community

Chew Valley Construction Limited are committed and proud to be associated with several local sporting teams some connected through the community and others through our work colleagues' family connections. We are happy to be involved and support them even in the knowledge that we are not looking for any kind of return.

This year we are pleased to be sponsoring the First Team Players' Warm-Up Tops together with some of our most valued service partners; C52 our IT Specialists who over the years have provided us with a first class services; Digital Zing who provide our corporate signage, H&S signs and high street graphics; Lawton Bros Scaffolding Contractors. The team is local to us and based at Lobbingtons in Chew Magna and last season the team finished second in the Western Counties North League.
We wish them a successful season! 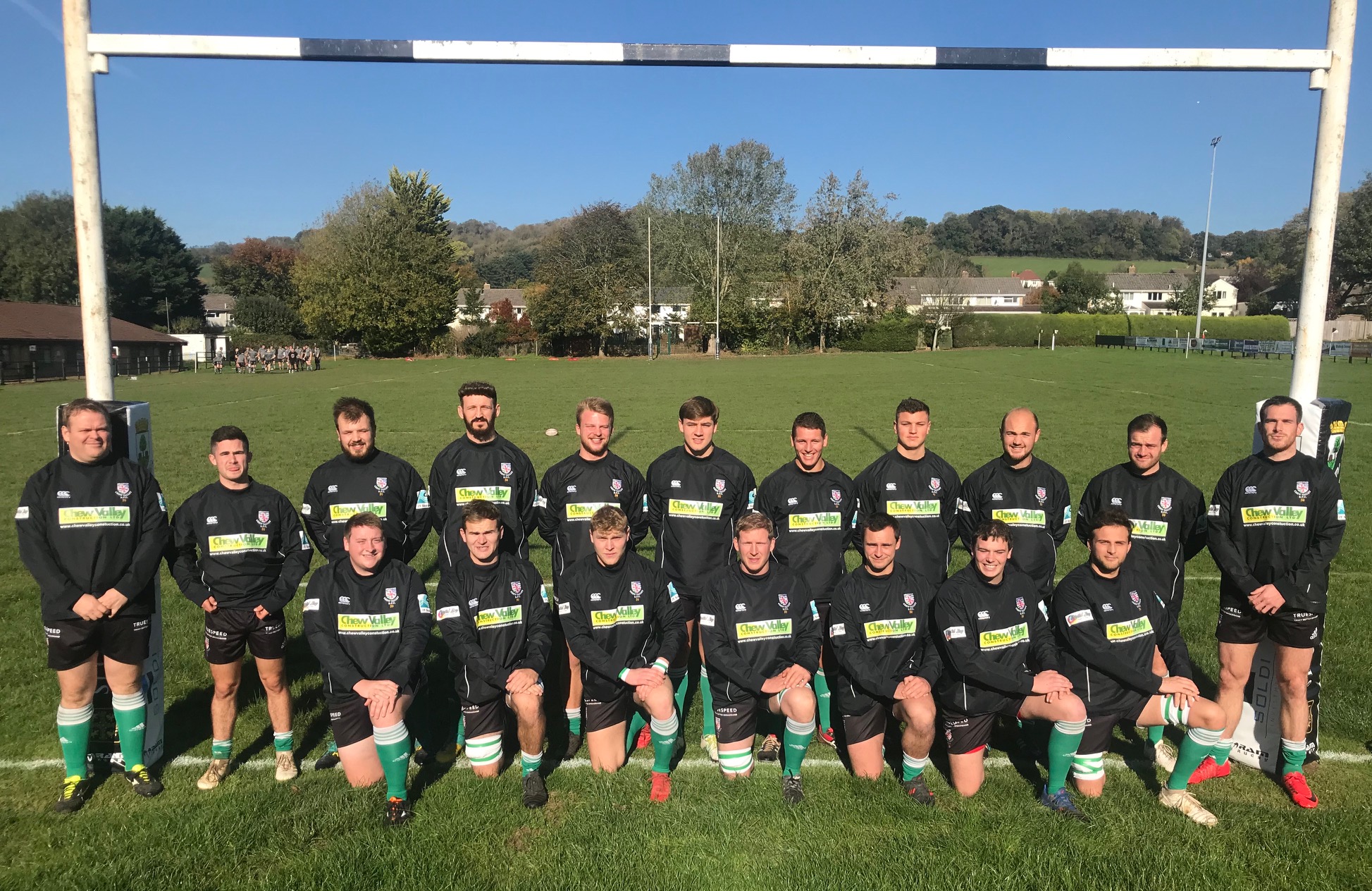 We are pleased to have been given the opportunity by Tim Stevenson from C52, our Chief Technology Officer, to sponsor this team for the 2018 & 19 seasons. As you can see, from the photographs, they are fairly energetic bunch of lads and well deserving of our support. They were really pleased with the design of the shirts and caps.

They play in association with Chew Magna Cricket Club, using the ground for their home games, visiting most of North Somerset for their away games being in the top tier of this league. 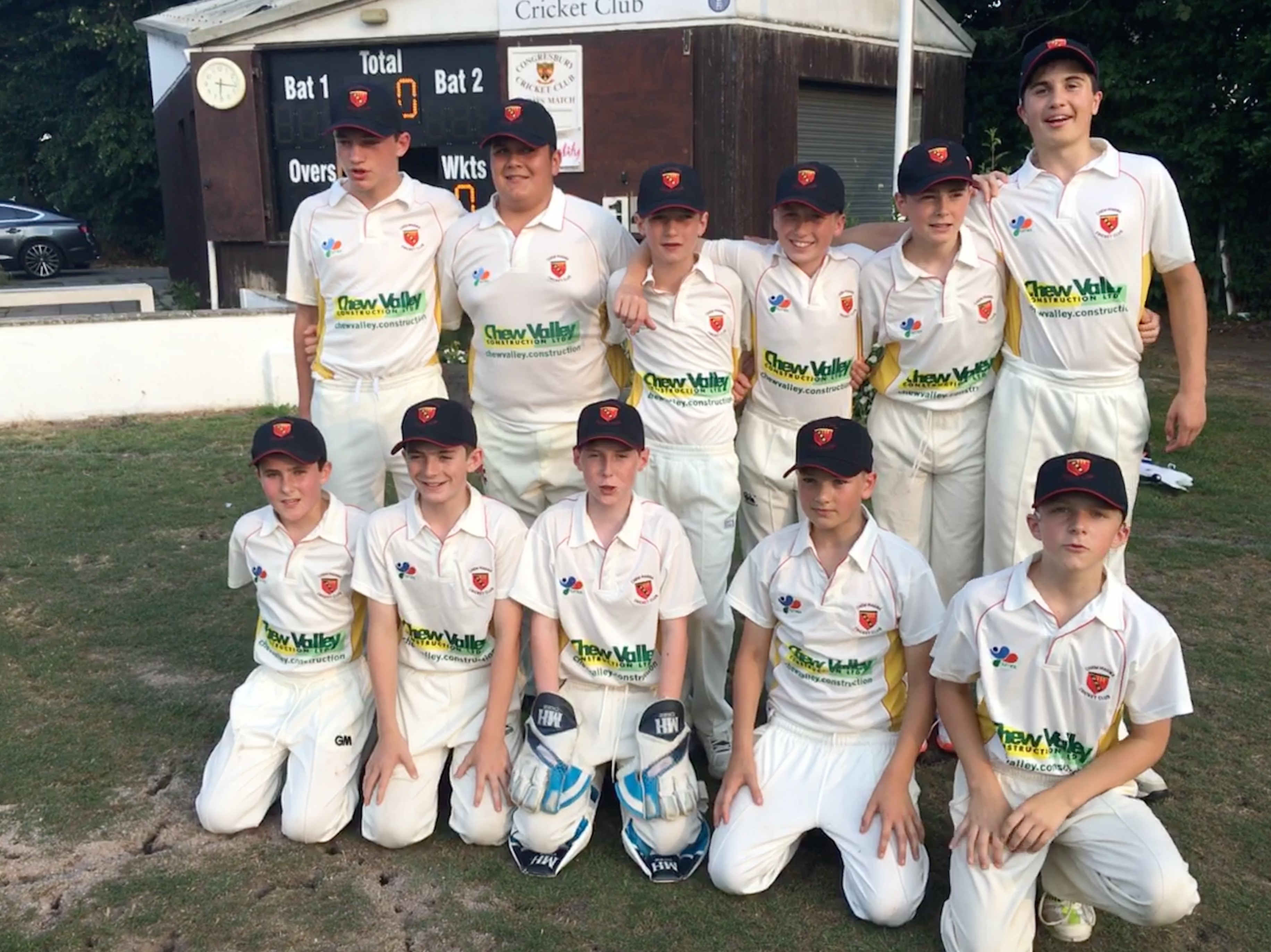 We were given the opportunity this year of helping out with sponsorship for this team as our Rob Chaffey, Drainage Operations Manager coaches the side and keeps himself reasonably fit at the same time!

Here are a few words we received from the Chairman of Banwell Juniors Football Club.

I've been at the Football club for the best part of 25 years now as player, coach, grass cutter, barman, committee member and also manager of one of our current u15's side.

I am proud to say that currently Banwell have one of the most popular and fastest growing junior set ups in the area.

There has been a massive effort put into the junior side of the club by the former club Chairman Paul White and the current Chairman Jim Darch who both realise that the junior players, parents and coaches are the future of our club.

When Paul took over as Chairman nearly 6 years ago, the club had 3 sides in total between the Senior and Junior sides of the club. Through sheer determination, passion, drive and a love for the village and the club, Paul rapidly began to build the junior side of the club with the help of some pretty great people around him. Tracey Maskell was heavily involved with organisation of all the sides from chasing sponsorship through to sorting out winter training schedules. Matt Hale was another whose countless hours behind the scenes dealing with local FA offices, Refs associations and attending league meetings would mean that the coaches were able to concentrate on just coaching. An incredible job that for the large part goes unnoticed but the people that see it understand what a superhuman effort he puts in and appreciate the time he gives!

The club at present have a new team driving the junior side of the club forward alongside Matt Hale and myself in Karly Ivison and Lisa Shaddick-Filer. We have recently started up again, our ‘Banwell Mini's' that goes from strength to strength under some outstanding coaches that work with children under the age of 6.

Banwell have at the moment a great group of coaches that accept players of all levels of ability. As a coach and Junior Chairman there is nothing more satisfying than seeing a child progress and develop under the watchful eye of a coach that cares about his squad, prepares for games and would give anything to see joy on the faces of the girls or boys that turn up to train and play the beautiful game that we all love!

Going into this season, Banwell boast the unbelievable number of having 20 junior sides, at least one side at every age level (some age groups have 2 sides) from u7's through to u16's!!

Everyone at Banwell FC understands that a lot of this is down to the coaches and volunteers that do it for the love of ‘their' club, but also to the generous sponsors that kindly dig deep to provide these young aspiring footballers with the equipment, football Kits, training tops and tracksuits that they all wear so proudly.

So, from the club, the parents, myself and more importantly the players, I'd like to thank Rob Chaffey and everybody at Chew Valley Construction for your very generous donation and support, and I would like to invite you to attend a game down at the club any time in the near future! 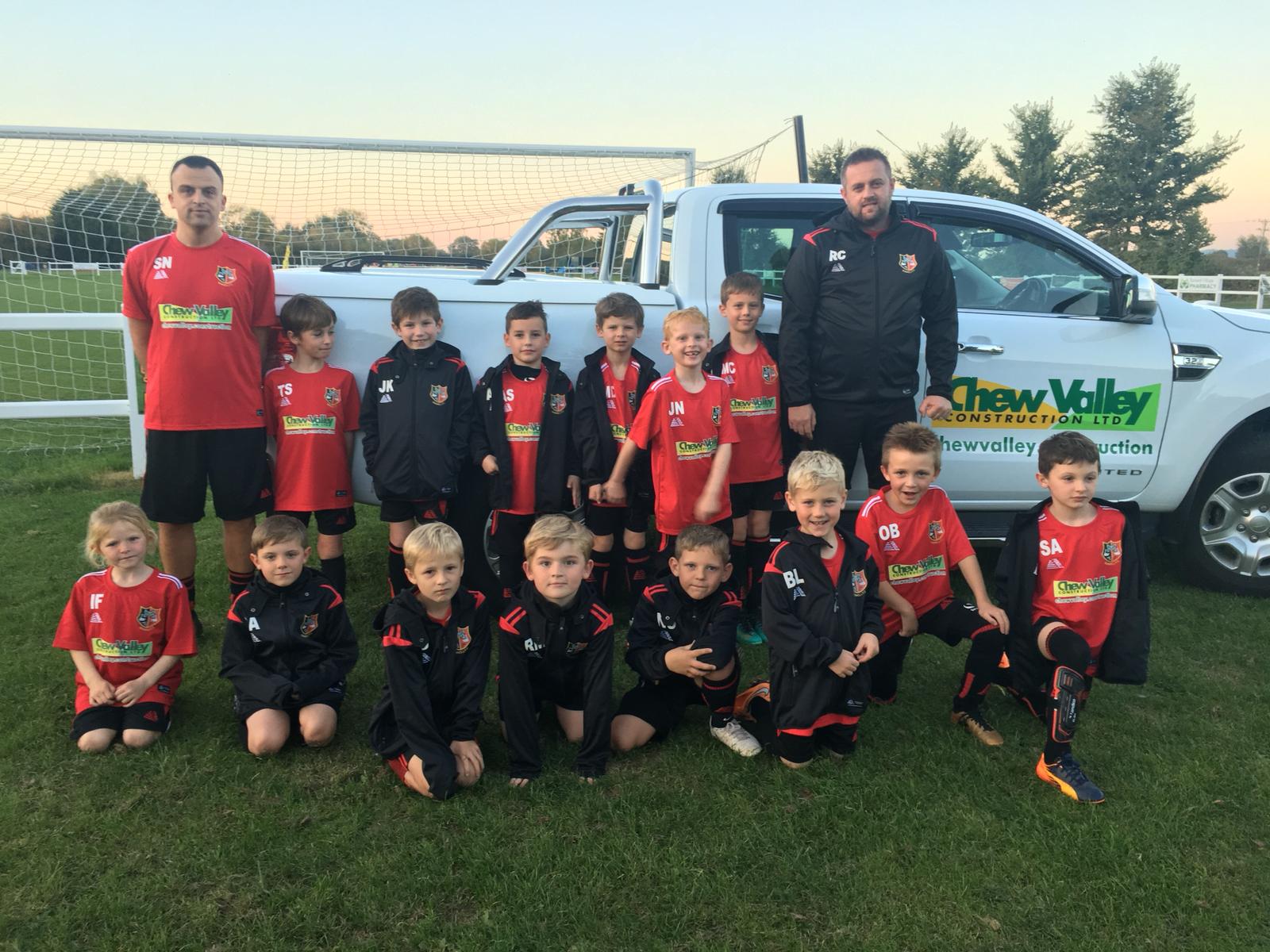 This sponsorship opportunity came about from one of our team, Nathan Wotton, Groundworks Supervisor, whose daughter plays for the club. This year they are competing in the Bristol Girls League Top A Division and we wish them every success in this league and any cup competitions they enter. 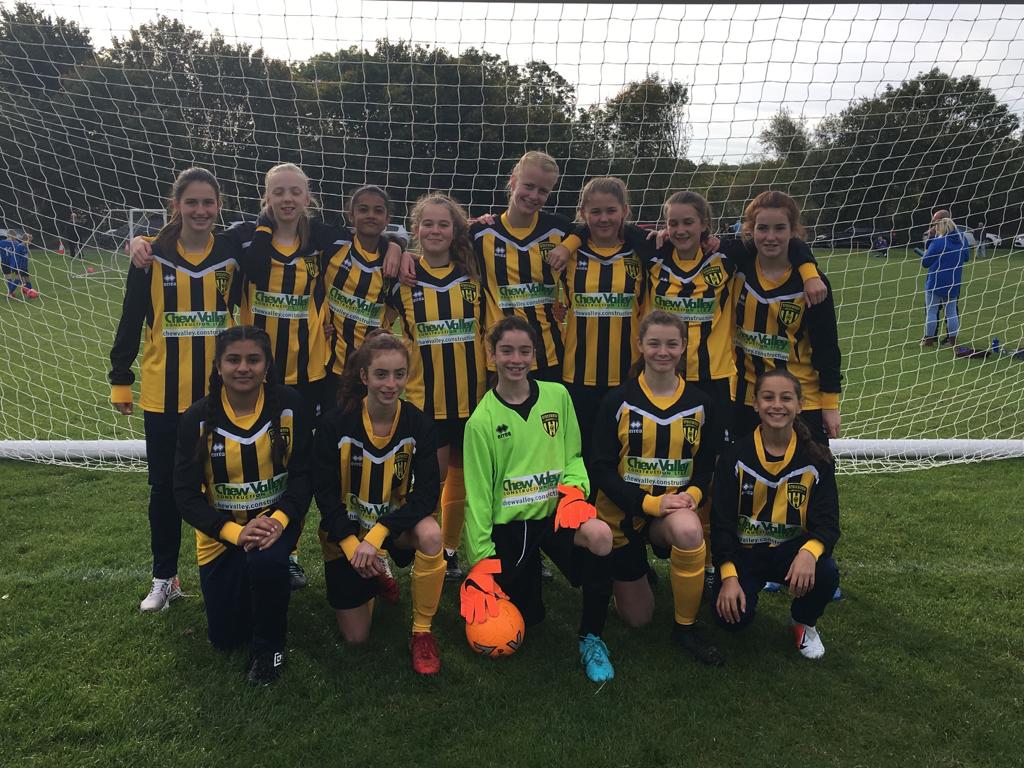 Over the years Bill has become a good friend to our Managing Director Jim Kelly. They met through having a drink at Backwell Village Club. Bill had a serious accident which resulted in him becoming wheelchair bound. Despite his disability Jim has always been amazed at Bill's jovial happy outlook on life. Recently Bill purchased a Honda Gold Wing motorcycle and had it customised to accept a side car arrangement. This means that he is able to drive his electric wheelchair on to it, gain access onto the bike and make himself more mobile. Bill gave us the chance of sign writing the front and back of the side car which we were delighted to do - what a great one off bespoke opportunity! We provide the Tiger which goes in the tank!! 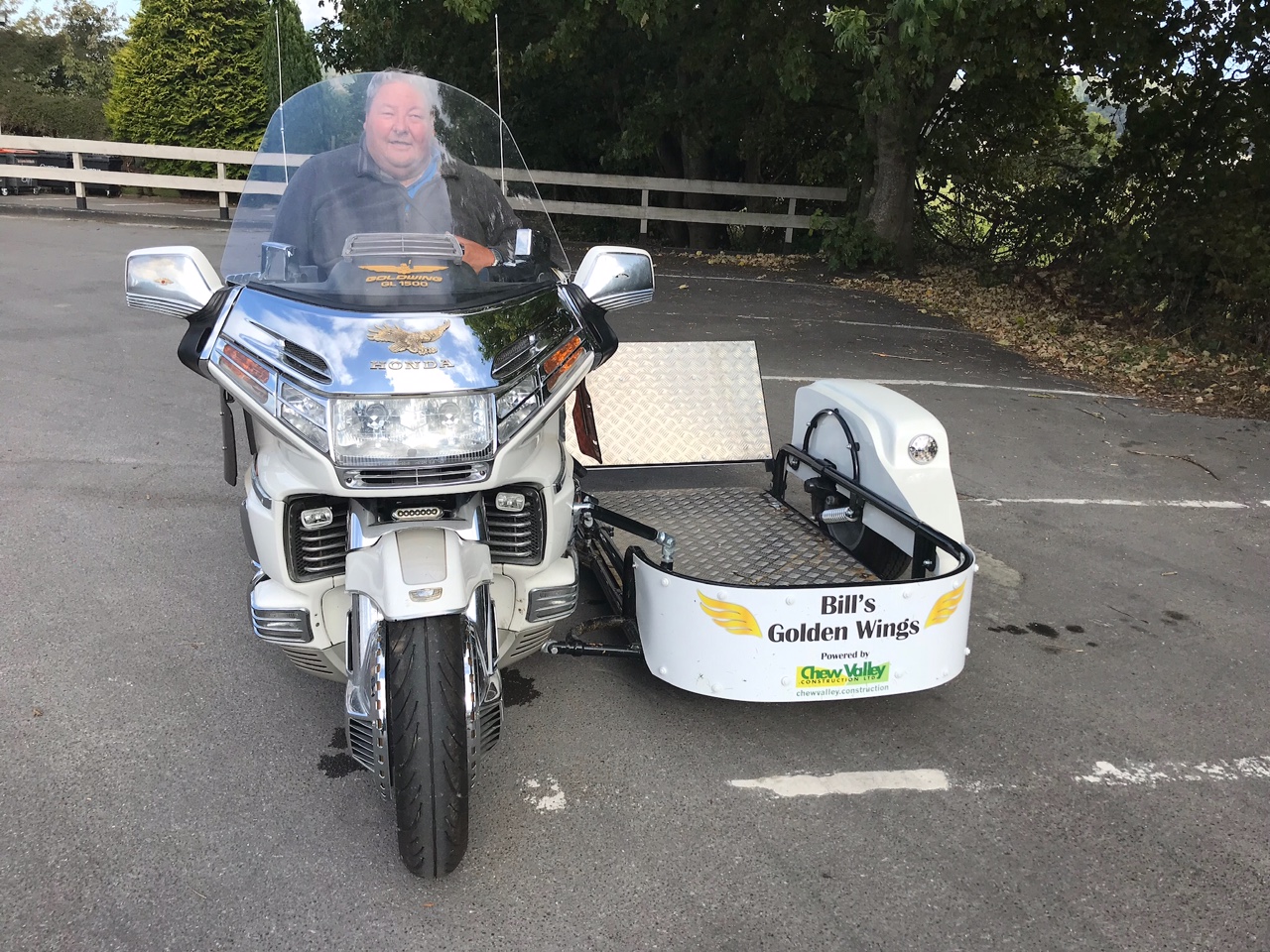 Please complete the form below to get in touch: